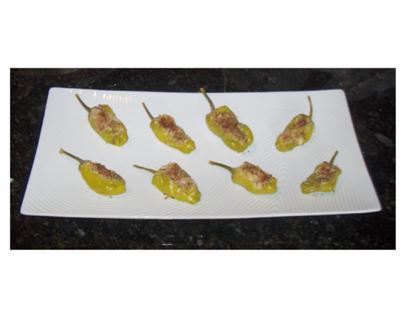 I came up with these appetizers as an alternative to the heavy, fried jalapeno poppers popular at many restaurants. They were an instant hit at a pot luck family gathering and have since become mandatory at family celebrations and tailgate parties. The recipe is easily multiplied to serve larger groups.