The joy of growing up ITALIAN 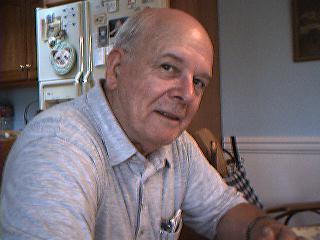 I am not the author of this but this is the way it was when I was growing up in Norristown, Pa. and I would like to share it with all of you.

The joy of growing up ITALIAN


I was well into adulthood before I realized that I was an American. Of
course I had been born in America, and lived here all of my life, but it
somehow never occurred to me that just being a citizen of the United States meant that I was an American. Americans were people who ate peanut butter on mushy white bread that came out of plastic packages.

ME? I WAS ITALIAN.
To me, as I am sure for most second generation Italian/American children who had grown up in the 1930's, 1940’s,and 1950's, there was a definite distinction between US and THEM. We were ITALIANS. Everybody else, the Irish, English, German, Polish, Jewish, they were "MEDI-GANS". There was no animosity involved in that distinction, no prejudice, and no hard feelings. It was just well we were sure ours was the better way. For instance, we had a bread man, a coal & ice man, a fruit & vegetable man (which we call the "HUCKSTER"), a watermelon man, a javela-water man and a fish man; we even had
a man who sharpened knives and scissors and a man who fixed umbrellas, who came right to our homes, or at least just outside our homes. They were the many peddlers who plied their trades in the Italian Neighborhoods. We could wait for their call, their yell, and their individual distinctive sound. We knew them by their names, and they knew us. Americans went to the store for most of their foods. What a waste. Truly I pitied their loss. They never knew the pleasure of waking up every morning to find a hot, crisp loaf of Italian Bread waiting behind the screen door. And instead of being able to climb up on back of the peddler’s wagon or truck a couple of times a week, just to hitch a ride, most of my "MEDI-GAN" friends had to be satisfied going to the A&P.

Alas, when it came to food, it always amazed me that my American friends and classmates only ate turkey on Thanksgiving or Christmas. Or rather, they only ate turkey, stuffing, mashed potatoes, and cranberry sauce. Now we ITALIANS, we also had turkey, stuffing, mashed potatoes, and cranberry sauce, but, only after we had finished the Antipasto, Chicken Soup with Escarole, Cheese Squares & Little Meatballs, Lasagna, Meatballs, Braciola, Salad and whatever else Mama thought might be appropriate for that particular holiday.

Also, our turkey was accompanied by a roast of some kind, just in case
someone walked in who didn't like turkey, and was followed by an assortment of fruits, nuts, pastries, and of course homemade cakes. No holiday was complete without some homemade baking. None of that store bought stuff for us. This is you learned to eat a seven-course meal between noon and 4 PM. how to handle hot chestnuts and put tangerine wedges in red wine. Sunday was truly the big day of the week! That was the day you would wake up to the smell of garlic and onions frying in olive oil, as it dropped into the pan. Sunday we always had Gravy and Macaroni. (The "MEDI-GANS" called it sauce and pasta.) Sunday would not be Sunday without going to Mass. Of course you couldn't eat before Mass, because you had to fast before receiving Holy Communion. But, the good part was, we knew when we got home we would find hot meatballs frying, and nothing tastes better than newly fried meatballs and fresh crisp Italian bread dipped into a pot of gravy. I truly believe Italians live a romance with food.

There was another difference between US anthems. We had gardens, not just flower gardens, but gardens where we grew tomatoes, tomatoes, and more tomatoes. We ate them, cooked them and jarred them. Of course we also grew peppers, basil, lettuce and squash. Everybody had grape vine and a fig tree, and in the fall everybody made homemade wine, lots of it. Of course, those gardens thrived so because we also had something else it seemed our "MEDI-GAN" friends didn't seem to have. We had GRANDPARENTS! , It's not that they didn't have grandparents also; it's just that they didn't live in the same house, or on the same block. They visited their grandparents. We ate with ours, and God forbid we didn't see them at least once a day. I can still remember my grandfather telling us about how he came to America as a young man, "on the boat". How the family lived in a rented tenement and took in boarders in order to help make ends meet; how he decided he didn't want his children to grow up in that environment. All of this, of course, in his own version of Italian / English which I learned to understand quite well.

So when they saved enough, and I never could figure out how, they bought a house. That house served as the family headquarters for the next 40 years. I remember how they hated to leave, would rather sit in the back yard and watch their garden grow. And when the did leave, for some special occasion, had to return as quickly as possible. After all, "nobody's watching the house". I also remember the holidays when all the relatives would gather at my grandparents' house or my aunts' house, and there would always be tables full of food and homemade wine and music. Women in the kitchen, men in the living room, and kids, kids everywhere. I must have a half million cousins, first, second and some who aren't even related, but what did it matter. And my grandfather, his stogie in his mouth and his fine mustache trimmed, would sit in the middle of it all grinning his mischievous smile, his dark eyes twinkling, surveying his family and how well his children had done. All were married and had fine wives and husbands, and healthy children. And everyone knew RESPECT. They had achieved their goal in coming to America, and now their children and their children were achieving the same goals that were available to them, in this Great Country, because they were Americans.

When my grandparents died yeas ago, things began to change. Family gatherings were fewer and something seemed to be missing, although when we did get together, usually at my mothers house now, I always had the feeling they were there somehow. It was understandable of course. Everyone now has families of their own and grandchildren of their own. Today they visit once or twice a year. Today we meet at weddings and wakes. Lots of other things have changed too. The last of the homemade wine has long since been drunk, and nobody covers the Fig tree in the fall anymore. For a while we would make the rounds on the holidays, visiting family. Now we occasionally visit the cemetery. A lot of them are there, grandparents, uncles, aunts and even our parents. The holidays have changed too. The great quantity of food we once consumed without any ill effects is no good for us anymore. Too much starch, too much cholesterol, too many calories. And nobody bothers to bake anymore - too busy. And its easier to buy it now, and too much is no good for you. We meet at my mother’s house now, at least my family does, but it’s not the same, anymore.

The difference between THEM and US isn't so easily defined anymore, and I guess that’s good. My grandparents were ITALIAN / ITALIANS, my parents were ITALIAN / AMERICIANS, I'm AMERICIAN / ITALIAN and my children are AMERICIAN / AMERICIANS. Oh I'm an AMERICIAN all right and proud of it, just as my grandparents would want me to be. We are all Americans now, the Irish, English, Germans, Polish and Jewish. United States citizens all, but somehow I still feel a little bit Italian. Call it culture, call it tradition, call it roots. I'm really not sure what it is. All I do know is that my children have been cheated out of a wonderful piece of their heritage.

They never knew my GRANDPARENTS.